So I did not have time to commit to designing or being majorly involved in the last show our theatre produced. But somehow they figured out how to get me involved none-the-less. Between one thing and another, I found myself painting the entire back wall for the show. Yep, that's right, they had the costume designer doing scenic painting, go figure. I don't paint, brushes and paint was an art form that I had really  not used all that much before.

The Set designer gave me pictures of what he he was kind of envisioning and all the paint, so I would know what colors he was wishing so stay with. So with a projector, some volunteers, paint and brushes and no clue where to start I dove in.

Eight hours later, this is what the back wall looked like. 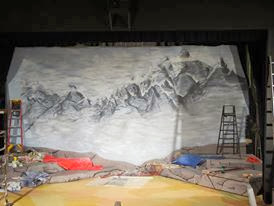 A more cleared away picture. Not bad for a costumer. 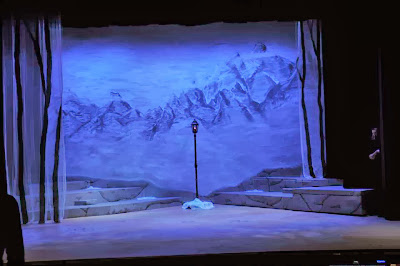 If you hadn't guessed, they were going The Lion, The Witch and the Wardrobe. 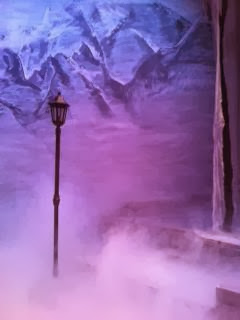 With lights and children. 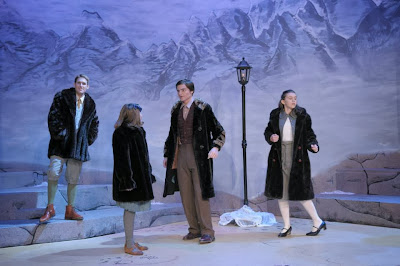 I was satisfied with the results, as was the designer.
I definitely want to continue honing this craft.

Hello... just to let you know I nominated you for a Versatile Blogger award. Looking forward to your next post.
http://ariation.blogspot.com/2014/07/claiming-my-awards.html